In the first installment of Language Barrier (longer ago than I care to admit), the original "Got Milk?" ad campaign was discussed, along with its nearly catastrophic translation into Spanish. The recent update to the campaign and the controversy it started inspired me (reminded me) there were cases of brand translation issues that hadn't yet been explored. At least at this blog.

When products make the trip to new markets overseas, new advertising campaigns in the local language must be crafted for them. Often, a company will simply take the concepts and tag lines of an existing campaign and translate them directly, sometimes without consulting resources that might have helpful cultural knowledge. This can lead to some very interesting interpretations from one language to another. 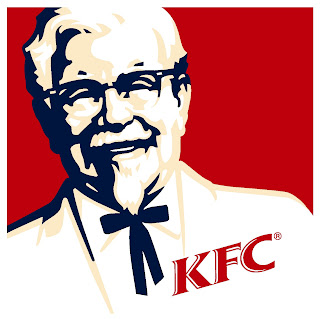 Kentucky Fried Chicken, now known as KFC, learned that the hard way when it first entered the Chinese market in the 1980s. "Finger Lickin' Good," its slogan since the 1950s, was mistranslated into Mandarin as "Eat Your Fingers Off." Though the chicken is quite tasty, that's probably not the right message to send in any language.

Making a gaffe like this could have doomed a brand, but in this case it was because KFC was new and relatively unknown in China at the time that it was able to recover. After the clumsy translation was fixed, Chinese citizens who were curious about all things from the West snapped up buckets of KFC chicken and licked their fingers. Today it is the most popular Western fast food in China, with the largest KFC market outside the U.S. at more than 1,200 franchises.

Supplemental: After more than 50 years of “Finger Lickin’ Good” as a tag line, KFC decided earlier this year to change one of the most successful slogans in advertising.  As part of its attempt to establish a healthier image, it was changed to simply “So Good.” The rebranding coincided with the introduction of healthier frying oils and meals cooked on a griddle or baked instead of fried. There are also plans to show the calorie content of all items on KFC’s menus starting this September, though at the time of this post there doesn't seem to be any evidence of that having happened yet.

Sara Duane is a freelance writer in the Twin Cities area of the great state of Minnesota.
Posted by Unknown at 12:00 AM